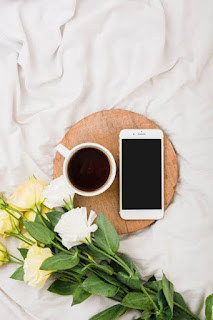 I woke up in a shock.

I heard a 'beep' a moment ago, but I chose to ignore.

Then the phone rang. A loud one, to my surprise(my phone have been in this on/off mode for the past few months, sometimes hiding calls; often causing unnecessary scholding from my parents).

But tonight it rang. It rang loud and proud.

I woke up in a shock.

Only my mom or dad will call me at this hour.

I was reaching my phone.

Sincerely wished it's not another unnecessary scholding of all sorts.

And I saw the familiar face..

The face that's been haunting me for the past few weeks.

The face I've been trying to ignore.

The face which made me so curious.

The face which obviously does not belong to my allowed-to-call-at-midnight-list (probably yet).

Half awake, i tried to remember any deal that will make him call me at this hour.

We finished our deals yesterday.

I guess he accidentally press my number. Squinting. I decided to searched on my inbox, trying to find some clues on the cause of the sudden call. The last one was rarely done by me. Evenmore for a mere stranger giving an unwanted wake up call.

Moments latter I am struggling in my bed, looking for my glasses.

It happened that he did need a help.

I was running up and down the stairs. Just another thing whis is rarely done by me.

Some moments later I opened the door. He was outside, and I did the final gesture which will surely made him unwilling to call me at this hour ever again.

Not that I dislike helping him.

Not that I am unwanted to have a glimps of his face.

Not that I dislike him calling me at this hour.

Live is far beyond what we like and dislike.

We are far more adult and educated to know that not all what we like is good, for now or later. By the last one I mean the real later. The hereafter.

It's crazy to see what people can do in the name of love. Even for just a tiny little fraction of it..